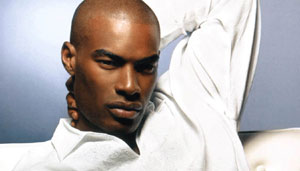 Look out Tyra, Niki Taylor and Tyson Beckford are hopping on the catwalk to oversee America's next top-model series.
The duo will serve as the hosts of Bravo's new reality competition series Make Me a Supermodel, scheduled to premiere early next year.
The show, based on a British series by the same name, will feature both men and women competing for the chance to launch their modeling careers and win $100,000.
Over a 12-week period, 14 easy-on-the-eyes hopefuls will live together in a New York City loft while they face various challenges designed to test their potential as professional models.
Unlike the CW's Tyra Banks-fronted America's Next Top Model, where a panel of judges decide who stays and who goes each week, Supermodel results will be determined by viewer voting. Each week, one would-be catwalker will be sent home, until only one contestant remains.