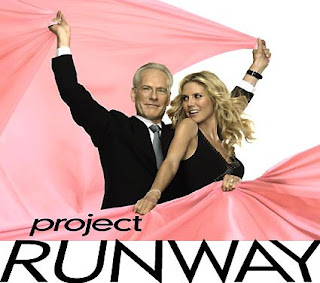 The fashion heavens have parted the sea of legal battles wage no more as Project Runway is set to make a comeback. Bravo and Lifetime have been battling over reality hit, Project Runway for what seems like forever. Finally, all regards to the fate of the show have been legally settled and will return to television.
People has confirmed the final season, which has already been shot with a finale filmed at New York Fashion Week last month, will make it air this summer.
Unfortunately, the show will not return to it’s original home. Lifetime won the rights and everything will move from New York to Los Angeles. The reigning judges panel will remain with Heidi Klum, Michael Kors and Nina Garcia. Tim will also be there to mentor and guide the rising designers once again. Cant' Wait!!!
Email Post
Labels: Celebrity News Fashion Fashion News Television