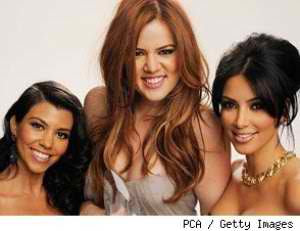 Kim along with sisters Kourtney and Khloe will team up with Australian designer Bruno Schiavi to create Kardashian Kollection, a line featuring apparel, lingerie, shoes and accessories.
The line will debut in 400 Sears Department stores in August and is expected to bring in $200-$300 Million in it's first year alone.

This isn't the trios first dabble in the fashion game... They have collaborated with BeBe, premiered K-Dash on HSN and are the owners of fashion hot-spot Dash with locales in California, Miami and New York.
Email Post