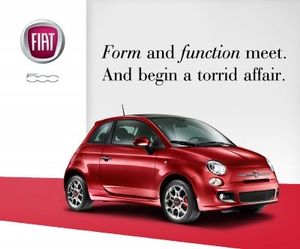 Fiat kicks off its new advertising campaign for the Fiat 500 this weekend with a drive-in cinema in New York's Times Square.
The brand intends to set up a full outdoor cinema at the iconic New York tourist attraction August 13-14, with an event that starts at dusk each evening.
Over 30 vehicles have been placed along Military Island for consumers to hop in and see two feature-length movies, although Fiat has remained tight-lipped over what they will be.
The attraction will be open from 2:00pm, with an afternoon of food, music and games, the automaker said in a statement August 11.
This weekend's event is the first of a US tour of outdoor cinema-style events designed to tie in with Fiat's "Simply More" campaign, which highlights outdoor cinema - and the Fiat 500 - as an American cultural icon.
To kick off the campaign, Fiat began airing its first US television commercials last week.
Re-entering the US with a small vehicle was something of a gamble for the Italian automaker, which now owns struggling US brand Chrysler but is determined to again make its own mark on America's roads.
It hasn't produced vehicles for the US market in 27 years, but it hopes that the Fiat 500 can compete with compact, trendy models such as the Mini, which has enjoyed some success in the country.
http://www.fiatusa.com/

Take a look at the Fiat 500 "Drive-In Commercial: