Chic Review: "Love, Loss, And What I Wore" at The Westside Theater 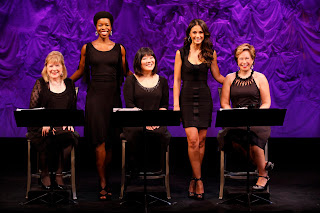 Photo Credit: Carol Rosegg
Current Cast:
From left, Marylouise Burke, Roslyn Ruff, Ann Harada, Emmanuelle Chriqui and Yeardley Smith
Recently, Tres Chic Style headed to "Love, Loss, And What I Wore", the heart warming show about five everyday women and their special relationships with their closets. Directed by Karen Carpenter, the actresses are seated at the tip of the stage consulting scripts as needed and each donning stunning black ensembles. 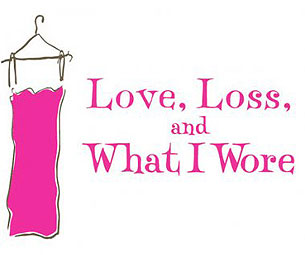 Written by sisters Nora and Delia Ephron and based on the book by Ilene Beckerman, the show is a teary, sometimes shocking tale of stories unveiled by a rotating cast of celebrities from Rhea Pearlman, to Tyne Daly to Rosie O'Donnell. They have all graced the stage in this poignant journey of  Love, Loss and What I Wore...

Nearing it's two year anniversary, Love, Loss and What I Wore opened in October 2009 at the Westside Theater where it has broken all box office records. Nora and Delia have captured the true connection of women and their clothes. From stories of purchasing your first bra to discovering "Birkenstocks" could indeed be stylish. The sister duo's adaptation of the Beckerman novel resonates with women of all ages and cultures. 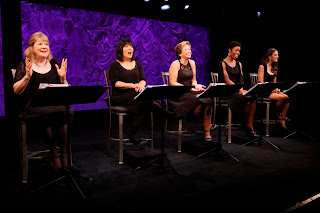 The show is creative, innovative and a wonderfully written journey through the lives of five women. It will make you laugh, cry and begin to reflect on pivotal moments in your life and how your particular outfit/ensemble made you feel at that very moment in time. Love, Loss, And What I Wore brought back  great memories of  my High School prom and the moment I realized choosing a bra would never be my favorite past time. From boots, bath robes to handbags, the 28 vignettes are both comical and splendidly touching.

The current cast is a dynamic mix of veteran and freshman actresses. Each bringing their unique flair and charisma to the stage. Emmanuelle Chriqui, who star's as "Sloan" in HBO's Entourage, Roslyn Ruff , currently appearing in the film version of "The Help" complete the August cast joining Marylouise Burke ("Hung", Ann Harada ("Avenue Q") and Yeardley Smith ("The Simpsons").

Set for a national tour in September, Love Loss, And What I Wore is a great choice for date night, a must for mother's, daughter's and definitely a splashing good time for a girlfriend's day getaway.