Designers Fight Back Over Knockoffs: The latest....Monica Botkier vs. Sears 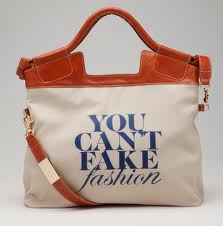 The knockoff industry has opened the flood gates to fashionistas desiring replicas of their favorite luxury clothing, handbags, jewelry and even footwear sans the designer price tag. Recently it seems notable discount retailers are getting in on the action. Ahem.. Sears! 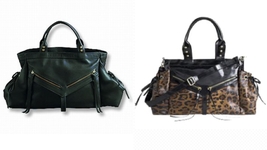 (Left) Botkier, (Right) Kardashian Kollection
Designer Monica Botkier fired off a cease & desist letter to mega retailer Sears disputing their sale of a handbag in the recently launched Kardashian Kollection that is nearly identical to her "Clyde" style. The "Clyde" is one of Botkier's original designs and quickly became the topic of conversation on various social media platforms. 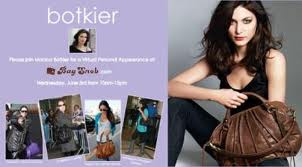 In an interview with WWD, Monica stated that "Botkier Handbags are instantly recognizable". "We need tougher laws, and that is why what the CFDA is doing is so important".  The CFDA is going to Washington to change things a bit. Currently, the laws are viewed as very technical. For instance, a zipper can may be so many inches from a seam, but aesthetic cannot be measured. "To say that if those numbers do not lineup, the design hasn't been copied, simply is not true."

Interestingly enough, Sears has removed The Kardashian Kollection handbag from the website. Though it seems as if they have removed the handbag (guilty) , Sears has yet to deliver a formal response to Botkier's letter.

Remember back in 2007 when Dian Von Furstenberg sued Forever 21 for hocking a $32 copy of her $325 "Cerisier" Dress even using the same pattern and measurements. The whole knockoff dilemma is causing quite the stir in the fashion industry.... It's cheap, it's chic, but also copyright infringement. What's a fashionista to do??