Production Begins on the Remake of Sparkle... 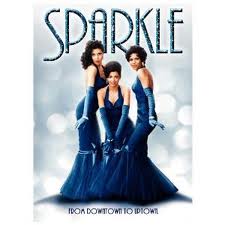 I am so thrilled to announce production  for the classic 1976 film Sparkle is underway in Detroit. Mara Brock-Akil & Salim Akil (also producers of BET's the Game) have set their sites on creating movie magic on the big screen after the highly acclaimed debut of "Jumping The Broom". I was afforded the opportunity to meet Mara & Salim earlier this year during The Game's media premiere in New York City. They're both super sweet, committed to their craft and passionate about telling stories we can all relate to. 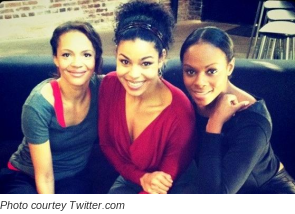 Carmen Ejoko, Jordin Sparks and Tika Sumpter
Sparkle will debut in 2012 with an ensemble cast comprised of Hollywood's elite newcomer's as well as screen siren and songstress Whitney Houston reprising Mary Alice's  role as "Mother". Jordin Sparks will morph into Irene Cara's character Sparkle who is determined to achieve fame and success in the music industry. Carmen Ejoko and resident fashionista & soap starlet Tika Sumpter will reprise the roles of "Sister" and "Delores" respectively. 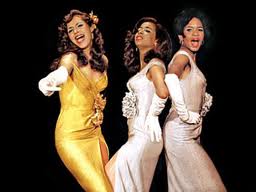 Lonette McKee, Irene Cara and Dwan Smith sizzled onscreen in the original...
I was ecstatic when I learned of  this remake last year as I adore the original and have probably watched it at least 100 or so' times. We've seen renditions of Sparkle in Spike Lee's "School Daze" and En Vogue's cover of "Giving Him Something He Can Feel" . Their style and persona were magnified on the big screen and has us all lovin' the gorgeous gowns and ladylike frocks. 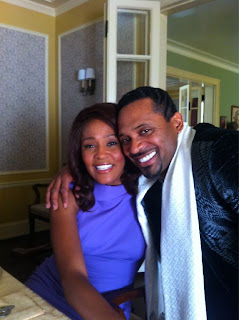 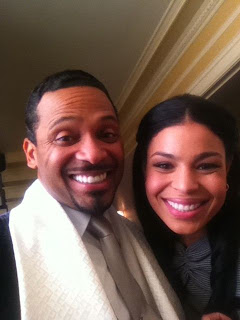 Mike Epps and Jordin Sparks..
Mega star Cee Lo Green is also a member of this dynamic cast, with R. Kelly writing original music for the film. We haven't seen Whitney Houston on-screen since "The Preacher's Wife.. This should be a treat!
Email Post
Labels: Celebrity News Celebrity Style Movies