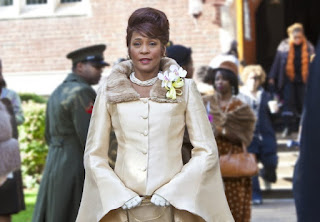 As we still mourn the passing of legendary iconic songstress Whitney Houston, The Today Show debuted the Sparkle Trailer which was Whitney's last film and wrapped shortly before her death.

Sparkle is a remake of the 1978 classic and stars Jordin Sparks, Whitney Houston Mike Epps, Tika Sumpter and a host of others. Sparkle was produced & directed by power couple Salim Akil & Mara Brock-Akil of "Girlfriends" and "The Game". Sparkle is scheduled to be released on August 17, 2012....