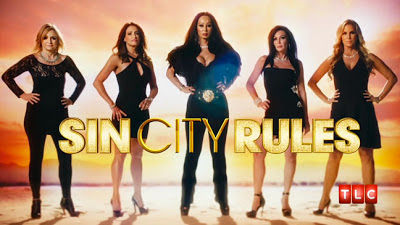 You can't live in Vegas (or any other part of the world) and not be taken in by the five powerful women of TLC's hit reality series "Sin City Rules". The show takes us on an insiders glimpse into Las Vegas through the eyes of five powerful women conquering the fashion, beauty and media industries. In true Vegas fashion, a wild card is thrown into the mix by way of Poker champion & the show's "Good Gal" Jennifer Harman. 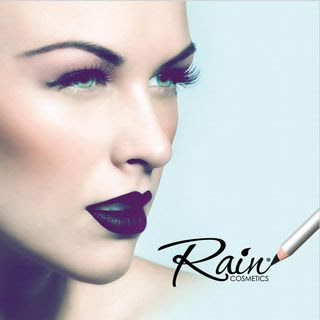 The women take us on an Odyssey through Vegas with posh parties, jet setting on G-6's , shooting picnics, poker tables and a sneak peek into The Rain Cosmetics brand. Rain Cosmetics is owned by Sin City Rules cast mate Lori  Montoya. Destined to be the breakout star of the show (Think Bethany Frankel on Real Housewives of New York)  Lori along with her husband Ron have combined their passion for business and the beauty industry and the results have been a HUGE win with their burgeoning cosmetics brand. 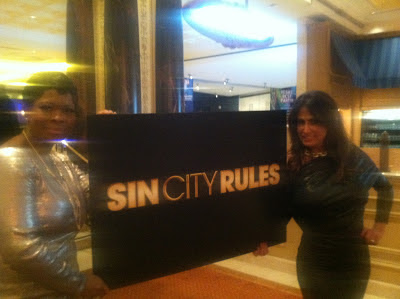 As a lover of all things beauty I was immediately smitten with Lori. She was super sweet at the Sin City Rules premiere, exudes poise, grace and confidence as most Vegas gals do. We're super excited to be hosting a Twitter Chat with Lori on New Years Day during Episode 105 "Let's Call A Truce" .