Chic Giveaway: Win a VIP Family Four Pack To An Advanced Screening Of Cloudy With A Chance of Meatballs 2 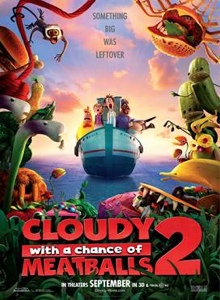 Sony Picture's Animation delivers the second installment to the uber successful Cloudy With A Chance Of Meatballs franchise. Flint and the gang return to Swallow Falls for an epic second portion.
We're giving away (4) four VIP tickets to a lucky Très Chic Style fashionista.
When: Saturday September 21, 2013 at 10am
Where: Theater to be revealed to winner
How You Can Win.....
And we have an additional chance for you to win......
Visit gofobo.com/RSVP and enter code: TRESCH8072
You can enter into a drawing for a chance to win a family four pack of passes. Gofobo will notify all winners via email on 9/18 . 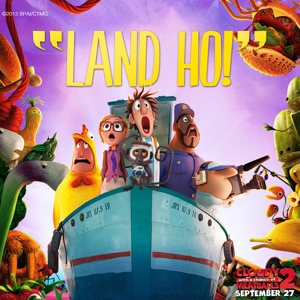 Cloudy with a Chance of Meatballs 2 picks up where Sony Pictures Animation’s mouth-watering comedy left off. Inventor Flint Lockwood thought he saved the world when he destroyed his most infamous invention -- a machine that turned water into food causing cheeseburger rain and spaghetti tornadoes. But Flint soon learns that his invention survived and is now creating food-animals – "foodimals!"  Flint and his friends embark on a dangerously delicious mission to battle hungry tacodiles, shrimpanzees, hippotatomuses, cheespiders and other foodimals to save the world – again!