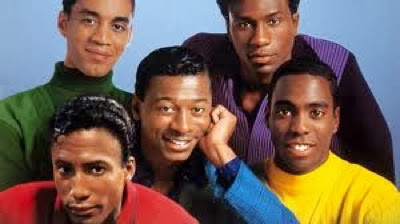 "Nights Like a This I Wish".....
That single verse conjures up so many memories and emotions. In 1991 Robert Townsend set out to deliver a musical homage loosely based on the lives of  The Dells, The Temptations, Four Tops, Wilson Pickett, James Brown, Frankie Lymon, Sam Cooke and others. What he accomplished was a classic journey celebrating the bonding of family, friendship, tragedy and triumph. 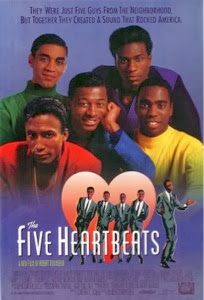 I can recall watching The Five Heart Beats with family, friends, my children and even alone on a Saturday morning. Heart Beats was the "It Film" you own on DVD and can recite in it's entirety... Line by Line! I recently had the pleasure during the Soul Train Awards weekend in Las Vegas to meet Robert Townsend during the Centric Comedy Show where he received the prestigious Centric Comedy Icon Award. Having been a devoted fan and admirer of his work since "I'm Gonna Get You Sucker" I instantly re-lived my "Eddie Kane" (you had to be there) moment.  After a few minutes of both us bursting out into laughter it was safe to say the "Heart Beat Bug" hadn't left Mr. Townsend just yet.

Recently on a press tour for Bill Cosby's television special Far From Finished, Robert Townsend confirmed the news that he is preparing a second installment to the classic '90s film. "I am working on a sequel," he said "Next year I’ll be making an announcement."

And There Was Happiness Everywhere!!!!!
What's your favorite Five Heart Beats moment? Tweet me @treschicstyle for a chance to win the DVD.... After all it's the holiday season and we're in the giving mood!
XO, Shana
Email Post
Labels: Celebrity News Film