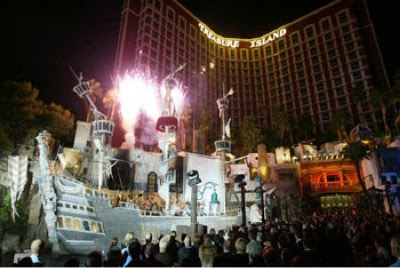 It's a sad day for revelers of the action packed Siren's of TI Show at Treasure Island. I've been smitten with the show since my first visit to Las Vegas. It was exciting, splashy and delivered a simple dose of entertainment for the family. The complimentary show has been on hiatus and promised to re-open the day after Christmas.

Ironically we at Très Chic Style shared the news earlier this Summer that a three-story shopping mall would be settling into the former Steve Wynn property. The shopping mall entails space for retail stores, restaurants and a pharmacy... Thus the Siren's of TI would be left out. This news isn't a great surprise given the small amount of square footage that would be left to build had the show remained. 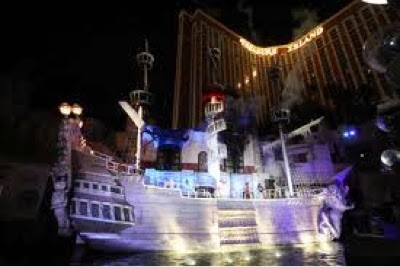 A Treasure Island spokeswoman confirmed today that "Sirens of TI" has been canceled, citing an ongoing project to build a shopping center there. There were no immediate details about the number of cast members affected or plans for a future show.