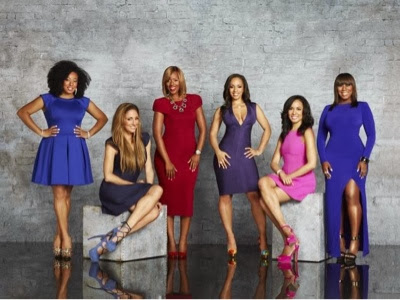 I'm not a huge fan of reality television.... There I said it!
Over the years it's simply not one of my favorite past items considering the negative images often portrayed by women. Bravo TV's latest addition to their Sunday line up proves to be nothing shy of what I expected.
Six women conquering New York City with style and attitude... I was unable to watch the entire episode as the cat fights and over-the-top drama had me frantically searching for my remote. As a blogger and media professional I applaud anyone attempting to take their brand to the next level, I only despise tomfoolery in the process. Blood, Sweat delivers the usual relationship dilemma Queen (Daisy), the vixen (Melyssa), the smarty pants (Demetria) mixed in with three seemingly normal cast members (Geneva, Micha and Bri) . All in all, a total snooze fest!
I may tune in next week and give it another try... Or maybe not!
What were your thoughts on Blood, Sweat and Tears?
Email Post
Labels: Review Television