Disney Puts Us Under a Spell With Malificent

Angelina Jolie never made bad look so good.  In the Disney fairy tale universe, stories like Sleepy Beauty have always been told with clear cut heroes and villians.

Maleficent is not so black and white in its character delvelopment...which is quite refreshing actually.  Only an actress with the subtle comedic nuances, coupled with rich dramatic depths possessed by Jolie, could so effortlessly pull off the role of the sympethetic villan who experiences a Dickens like Scrooge change of heart even before the film's end.

Maleficent also features Jolie's own daughter Vivianne as young Princess Aurora, who was casted in the brief role primarily because she was the only child who could bare to see Jolie in full Maleficent regalia (horns and all).

Disney's Maleficent is a must see for all ages.

My only critique is with Disney's choice to go with a traller that was much darker than the movie itself.  While I woildnt recommend the film for childrem under the ages of 6, my 9 year old son (soon to be 10 in two weeks) absolutely loved Maleficent and felt most kids in his age range would as well.  Tres Chic Style gives Maleficent 4 out 5 stars and believes that Jolie may very well have Oscar gold in her fairy tale future...for playing Disney's most unlikely heroine ever. 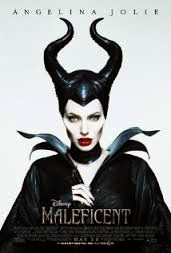