The second installment of Disney's Planes franchise starts its first frame with a tribute to the thousands of fire, rescue and first responders who place their lives in danger for the masses.  A fitting introduction for a motion picture that is a roller coaster ride from beginning to the very end.  Dane Cook returns as the high flying cropdusting-turned-speed racing world champion Dusty along with an equally impressive cast of A-list hollywood voice talent that on Disney could amass.

Planes: Fire and Rescue is a must see summer 3D spectacle that will have kids of all ages on the edge of their theater seats.  In the first Planes installment we watched Dusty go from a common cropduster plane with dreams of RSN  fame, to becoming an overnight avaiation sensation.  In Fire and Rescue, Dusty finds himself back in his hometown facing a possible end to his racing days and a career change as a firefighter in order to save the town's airport and annual corn festival.

Dusty invites a new cast of characters to the Planes audience, as he embarks on his intense training to become an aerial forest firefighter at a local national park.  Without giving away the film's plot and all of its fancy flight scenes, (which were pretty realistic for an animated film) Dusty learns not only how to save a life, but how to save his hometown and himself in the process.  Most importantly, in Fire and Rescue, Dusty truly learns what it means to be a selfless hero above being a celebrity. 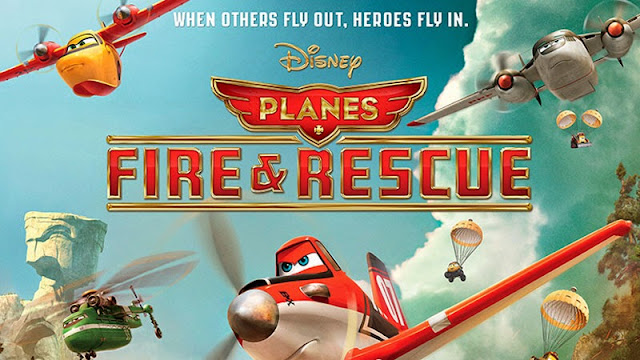