In Chic Culture: New Study Shows That Nearly Half Of Black Professionals Have Faced Blatant Discrimination At Work 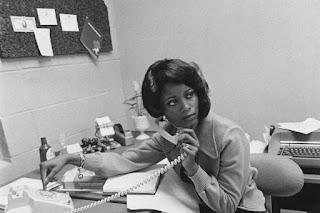 Black people have experienced discrimination in the workplace for centuries. America has long made an attempt to isolate, degrade and silence our voices in the workplace. LinkedIn recently released data that sheds light on the challenges Black professionals face in the work environment.

The results of the study is shameful yet not surprising as on any given day chatting with fellow black women, discrimination is always a prevalent discussion when discussing workplace politics. The results found that 56% of Black professionals ages 18-34 have faced blatant discriminations and microaggressions at work.
In a statement by Rosanna Durruthy, LinkedIn's Global VP of Diversity, Inclusion and Belonging stated "Linked In's new research helps shine a light on the challenge and experiences of Black professionals in the workplace".
Durruthy even went as far as to share the general pattern that has evoked the feeling of discrimination:
In an effort to discuss these issues LinkedIn has launched a Black History Month series entitled, "Conversations For Change". The series culminates an ongoing dialogue of discussions on the topics of intersection of life and work. Film and television magnate Tyler Perry serves as the Guest Editor for the series and curates a week of programming across LinkedIn News along with award-winning journalist Gayle King.
While we applaud LinkedIn for shedding light on a constant issue we face as Black people, we believe this needs to be an ongoing conversation beyond the month of February. As a college educated black woman holding TWO degrees I can easily list the times I was made to feel less than worthy by white counterparts less qualified than me. From my time at Morgan Stanley on the trading floor to Henderson, Nevada based children's shoe designer Pediped, I  have countless stories that warranted a legal suit for racial discrimination.
My journey led me to entrepreneurship early on in my career. As a business owner residing and working in the South racism rears it's ugly head on a daily basis. My owning a lucrative Public Relations firm, possessing two offices and driving a Mercedes has often led to some interesting conversations and discussion to say the least. From questioning my business practices to being asked, "How many fur coats do I own"?
America's problems with race affect every sense of being for Black people. This Black History month and every month moving forward I will begin to utilize my voice and my platform to amplify the voices, struggles, plights and celebratory moments of my people. American history has proven this is not the time to be quiet nor the time to "Sit This One Out".
Stay tuned for my weekly posts... "In Chic Culture" dedicated to The Movement, The Moments and My Stories.
Email Post
Labels: Black Women Culture Economy Editor's Letter Lifestyle News Racism